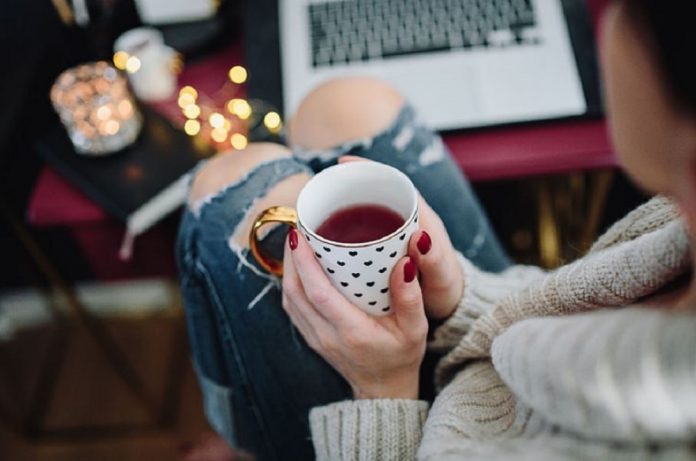 In addition to eating a balanced diet and doing physical activity, there are some drinks that can help your weight loss plan. Drinking some of these teas before going to bed can not only help you burn fat, they also offer the benefit of antioxidants. They have few ingredients and are easy to prepare.

Curcumin is a compound in turmeric that has strong antioxidant and anti-inflammatory properties. It can suppress particular inflammatory markers that play a role in obesity.

A study of 44 people previously unable to lose weight found that supplementing twice daily with 800 mg of curcumin and 8 mg of piperine (made from black pepper) led to significant reductions in body weight, the body mass index ( BMI) and waist and hip circumference.

Piperine can increase the absorption of curcumin by up to 2,000%.

How to make turmeric and pepper tea
Ingredients: 1 teaspoon of turmeric, ¼ teaspoon of black pepper, and 2 cups of water.

The consumption of turmeric is considered safe, as long as they are not large amounts. Side effects that may occur are allergic reactions, nausea, vomiting, stomach pain, constipation, rash, or diarrhea.

People with bleeding disorders and kidney stones should have to avoid turmeric. This spice can hinder blood clotting and is rich in oxalates that can bind calcium and contribute to kidney stone formation.

Cinnamon tea does not go out of style, it is sweet and relaxing, ideal to enjoy before bed. Cinnamon offers multiple health benefits and can help you burn fat. The compounds in cinnamon have antioxidant, anti-inflammatory, antidiabetic, and antimicrobial properties.

According to research, cinnamaldehyde, an essential oil that flavours cinnamon, improves metabolic health by acting directly on fat cells or adipocytes, causing them to start burning energy through a process called thermogenesis.

How to make cinnamon tea
Ingredients: 1 cup of water and 1 teaspoon of cinnamon powder or a cinnamon stick

For added flavor, antioxidants, and anti-inflammatory benefits, you can add 1 to 2 thin slices of ginger with 1/4 teaspoon of black pepper powder or 1 teaspoon of lemon juice along with the pepper. Add the boiling water to the ingredient mixture and let it rest. Then filter or strain and drink warm.

Cinnamon also reduces some of the negative effects of eating high-fat foods. Studies also reveal that the spice can increase insulin sensitivity and lower blood sugar, both key components in losing weight and controlling type 2 diabetes.

Due to its antioxidant flavonol content, fenugreek or fenugreek seeds have great potential as an anti-inflammatory agent.

Fenugreek tea can also help you feel less like getting up for snacks in the kitchen. In a 2015 study, overweight Korean participants drank fennel, fenugreek, or placebo tea before lunch. Those who drank fenugreek tea reported feeling less hungry and fuller.

How to make fenugreek tea

As in other species, add fenugreek to your diet in non-excessive amounts, at a slow and constant rate.

4 yoga exercises to do in your bath to relax

newofday is a new concept of an online magazine. All our articles are inspired by the latest trends identified on social networks. Our team is made up of experienced entrepreneurs, coming from all walks of life, having a common passion the search for original and interesting articles Our goal is to offer our customers innovative and original subjects, which they did not know and might like, thus contributing to a better experience of content consumption on the web. We hope you like our articles as much as we do,
Contact us: [email protected]

Hamburger or pizza: which of these foods has the most calories?

Learn how to prepare medicinal pumpkin soup and discover its therapeutic...